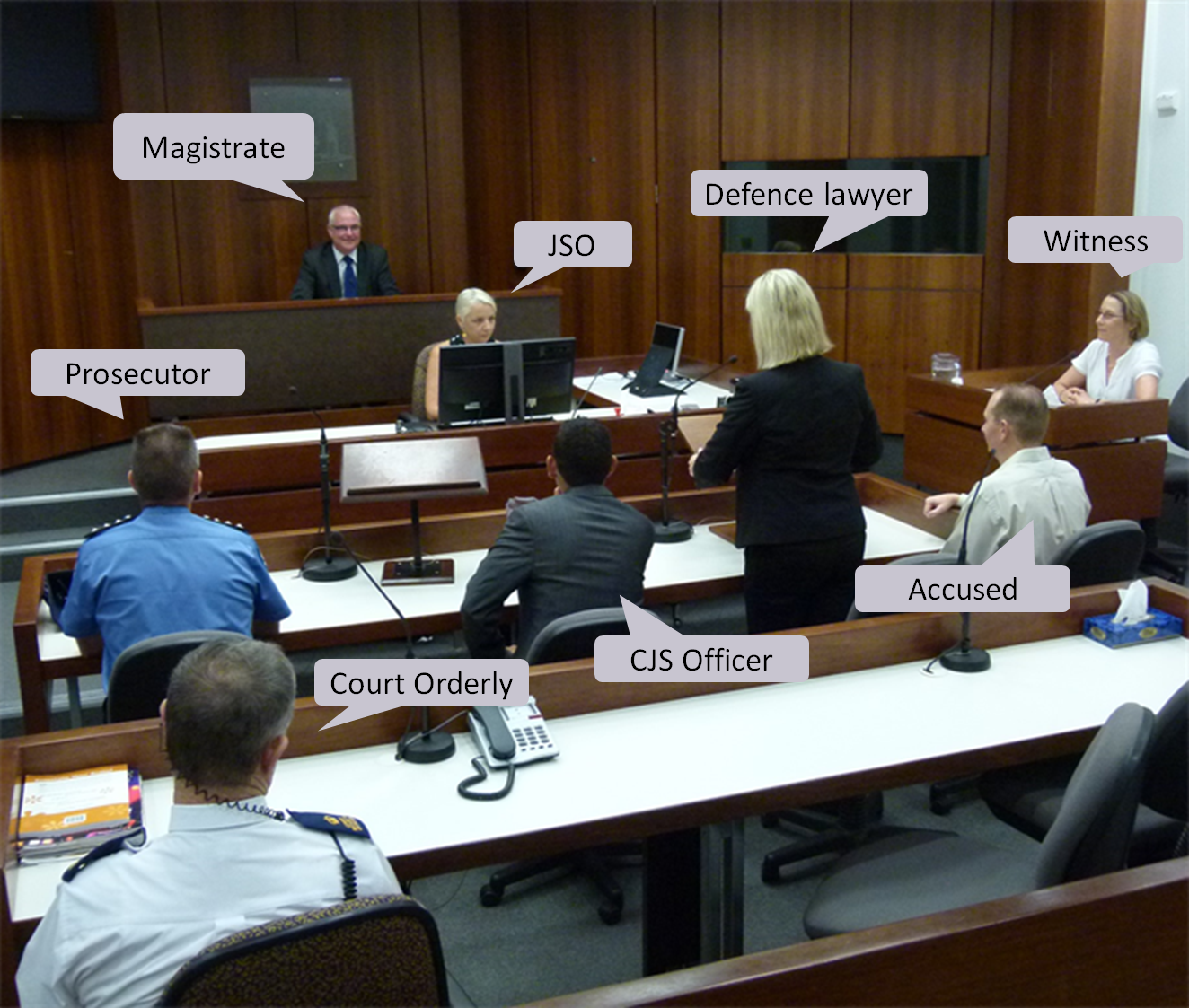 The magistrate is the person who decides your case. During the trial the magistrate will listen to each witness, consider any other evidence tendered and decide whether you are guilty or not guilty of the offence. The magistrate sits at the highest table in the court room. You can ask the magistrate to repeat anything you don’t understand, or ask any questions you might have. You should call the magistrate, 'Your Honour'.

The JSO is a court officer who sits in front of the magistrate. They help with the administrative tasks in court, such as recording exhibits, managing files and documents, and swearing in witnesses.

The police officer, lawyer, or other person who presents the case against you.

They advise the court of your suitability for community based sentencing options. They are not usually present at the trial itself, but may be at sentencing.

A person with legal qualifications who provides you with legal advice and representation. If you are representing yourself, the defence lawyer will not be present at the trial.

The person who has been charged with an offence.

Gives their evidence after swearing an oath or affirmation to tell the truth. The witness is usually not allowed inside the courtroom until it is their turn to give evidence.

The person who manages the court list and calls the matter on to be dealt with by the court. The Orderly reminds people about the rules for appearing in court.